This is the final post for Aconcagua so it is a little long, and a slightly different format than you have become accustomed with.

Location:
On a bus to Buenos Aires

Thought of the day:
How do you determine success?

Song of the mountain:
NZ music in general, man it kicks ass!

This is the hardest thing I have ever had to write, so please bare with me and take some time to obsorb the message behind this blog.

Details:
I had been in base camp for 5 days now and had portered half my food and my climbing gear up to camp at 5560m. I was growing extremely anxious and impatient, which is not a good trait for mountaineering. Every night in the Lanko tent everyone was discussing the 5 day forecast and the best tactic for getting to the summit.
The weather was looking terrible for the whole week except for a small window which was in two days time. If the wind is 40km per hour it usually results in a summit temperature of -32 to -35 and right on the limit of achievable. On Thursday morning the forecast predicted 35km in the morning rising to 50km in the afternoon and every other day was between 50 and 75km with snow every afternoon/evening. The problem was that it was Tuesday so this meant climbing to 5560 in the morning and camping the night, getting up at 2am to melt snow and start the 1400m ascent at 4am summiting around midday. So basically climbing the mountain in 2 days, which is doable if you are strong, fit, and well climatised.
The other option was a small window on Sunday of 35km in the morning but the night before the wind is between 60 to 70km so getting to camp and setting up a tent would be near impossible. Me and my climbing partner Woulter decided we would head up the mountain in the morning as we were well rested and had already climatised to 5800m.
The walk up in the morning was much more difficult than our porter 3 days earlier as there was now knee deep snow on the supposed ‘dry mountain’. The out of character continuous snow storms had presented an unexpected but welcomed extra element to the adventure! We reached our summit camp early afternoon and the snow storm had already started. It was freezing cold and extremely windy but we finally got our tent up and got inside to escape the elements. The plan was to have a feed, then a siesta, another feed, another siesta then wake up to melt snow and have another feed then start climbing. If your not familiar with melting snow it takes a long time and is the only way of getting water. When in altitude you need at least 4 litres of water with added minerals per day, it was taking 10min per 800ml so that is just over an hour and a half of melting for the two of us. It would normally take longer but I had the MSR XGK thanks to Chris and Bivouac Sylvia park.
We ended up sleeping a little longer than we wanted but we got organised and set off. Then we noticed the lights coming down the mountain instead of going up. I soon realised why, the wind was much stronger than predicted and it was around -30 at camp. Some French Canadian experienced mountaineers said not to try and summit it is too dangerous. And when the Spanish climbers next to us also turned around it was looking like my summit window was slipping away from me.

It was now decision time…..the hardest decision of my life so far…….

If I continued:
There is a small chance of summiting and achieving the first part of my dream. I would be standing on the top of the southern hemisphere and conclude 21 days of hard work. This would start my 7 summit plans perfectly and I could push for further sponsorship. But…
There is a very real chance I could die, or be seriously injured and potentially put others lives at risk including my climbing partner Woulter.
If I turned back:
I would be alive, safe and healthy. But….
21 days of hard work and thousands of dollars wasted. I would let down all my friends, family, and everyone following my journey. I would jeopardise further sponsorship, and not achieve what I said I was going to. I would have to come back and climb the mountain all over again. I would be embarrassed and disappointed with myself for failing.

I decided the best thing to do was to pack up camp and head down the mountain as the storm was getting worse. It is hard to explain but it was harder to make the decision to turn back than to continue. The walk back to base camp was some of the worst 3 hours of my life. Filled with self loathing, and disappointment. I was walking towards failure as I knew that the next week was looking like more snow and strong winds and I had probably missed my summit opportunity. I was allowed 9 more days in the park but I had about 3 more days of food and only $20 cash left on me. If the weather settled in 5 days time it would take me 2 days to porter my gear and set up camp, followed by a rest day, summit day, then one day to get back to base camp and another to walk out to the park entrance. Not to mention the physical and mental strength I would need to muster for another attempt.

Almost in tears I got back to camp and checked the weather forecast. The next 5 days were forecast for strong winds and snow. I was consoled and reassured by others at base camp I had made the right decision but I was still fighting an inner battle. I soon found out some very sobering news that a German man just passed away that morning 100m away from us, a Japanese man was in critical condition and another was seriously injured from attempting to summit. On one hand I was grateful I was safe, but reminded of the harsh reality that is associated with mountaineering. Summit fever is real, the weather is unrelenting, the human body is capable of extraordinary things but will always be human.

When we got to our check out the ranger had not heard of any summits that week and said only around 50 people per year summit (not sure how accurate that statistic is). I am starting to come to terms with our decision now and i have made a lifelong friend in Woulter. Strong bonds are formed from precarious experiences. As I am heading to Buenos Aires for some r & r the inner battle continues. To date I had achieved almost all of the challenges I have given myself, but I have had my fare share of very close calls. In a previous blog I had said that I put myself in situations that I would not put others in, by turning back I now feel I understand that your life is not just your own. You share it with those who love and care about you. I have learnt so much from this experience and even though I did not summit I would not change anything about this adventure. I am stronger, wiser and more motivated than ever. I look forward to my next challenge in Africa with Kilimanjaro and I know I will be back to conquer Aconcagua.

Thank you for following my journey and this adventure is far from over! So please, in life; take the path less traveled.

At the moment I am not requesting any help with funding for my trips but if you enjoyed following this blog then please consider making a donation to http://www.movember.com And help the fight against testicular cancer!
I feel strongly about this cause as my balls really were very useful on this adventure! 🙂 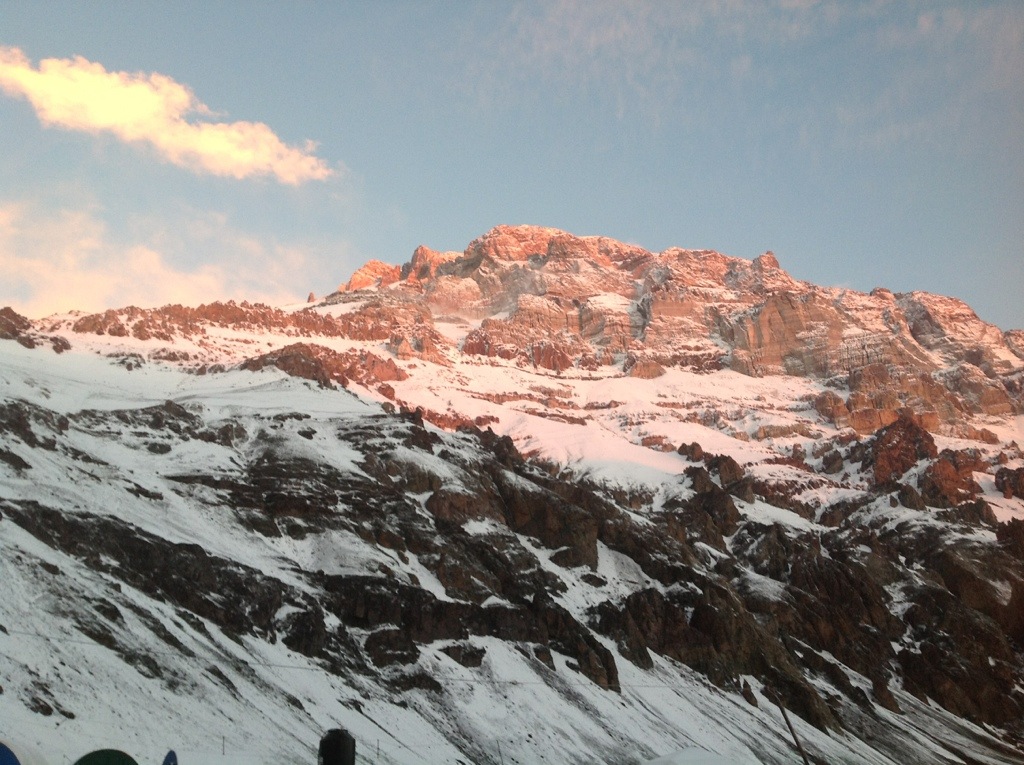 13 thoughts on “The mission is over! But not yet finished….”