I was 13, Mitch and I first watched ‘The Endless Summer 2’ and ever since then it has been my goal to surf Jefferey’s Bay in South Africa. Last Wednesday i was able to live that dream and got to surf a near perfect 3-4 foot J Bay.
The wave is a mechanical right hander that breaks so consistently it is almost unbelievable to watch. Each wave has its own unique personality and has both slow and fast parts, soft and hollow sections, it can be friendly and unforgiving. The wave can handle double the size we surfed it and to witness that would have been a true spectacle. It was really hard to get one of the set waves as the locals had the place pretty wired. But if you were patient and sat on the impossibles section, you could get waves.
After 2 surfs and 4 hours in the freezing water the swell had almost died. We then headed to another legendary place from the movie called Cape St Francis. The wave was breaking but not pumping, which was almost a relief as we were so cold and exhausted anyway. We could definitely see the potential the wave had. It was time to pack up and head back to Knysna.
This wave lived up to all expectations and is a must on every surfers bucket list. Thanks Matt, Keegan and Ally for sharing this dream with me.
Get amongst it!
I Have an epic vid of J bay, when i can compress the file, i will upload it. 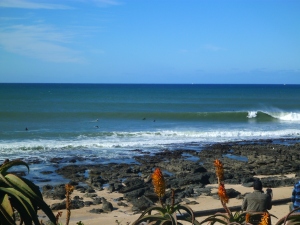 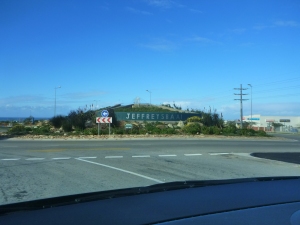