As Mt Elbrus draws closer I am finding myself having regular episodes of anxiety and doubt. I believe this is due to some unresolved issues I have around the unsuccessful sea to summit attempt of Mt Aconcagua January 2013. It is due time that I give you all the 100% honest, raw and uncensored story, as I have left out some of my more fragile and weaker moments that I experienced. I believe this is partly to protect my mothers stress levels, partly to protect my ego and reputation and partly because I have suppressed some of these darker memories so I will return to this mountain.

Out of respect for the charity this is all for (male mental health) I think it’s about time I let my guard down and let you all know the deeper side of what went on during my first sea2summit7 adventure.

Day 6: When I collapsed on the side of the road from heat stroke

By pushing myself to the limit the day before walking from Los Algos to San Felipe, a total of 53km, fully loaded with 23kg of gear during the heat of the day, I lost all my bodies vital fluids and minerals. I was just plain stupid not to monitor what I had excreted, and by continuing the next day in 36 degrees I was a walking time bomb. 9km into my 21km goal for the day I began to sway left and right and my vision became blurry. I couldn’t find any shade so I lay against the concrete barrier of the motorway to try and cool down, this is where I past out. I came too after a while gasping for water but all I could manage to do was take my front backpack off and rest my fist with a hitchhiker thumb on top of it then I passed out again. After god knows how long I woke to a lady dragging me to her car, for the next 20 minutes I was in and out of consciousness as I vomited down the side of her car. My next memory was walking into a room with a cool tiled floor so I took off all of my clothes and lay naked on the tiles to cool down. I woke up many hours later in recovery position surrounded by vomit. My angel Marjorie then gave me a fruit smoothie and told me I was safe and that I was at the health resort San Francisco Spa that she worked at. I spend the next day recovering my strength and building up to solid food again before I got dropped back at the section of road where she found me.
Straight away I knew I would be ok when Margery took me under her wing. Strangely the comfort I felt reminded me of the feeling I have when I am around my nana who has been a saving grace to countless people in need over the years, her name is also Margery. Without my Chilean angel it is very likely I would not be here today. Margery took a gamble by taking a strange foreign man into her car but I am forever great-full that she lead with her heart. 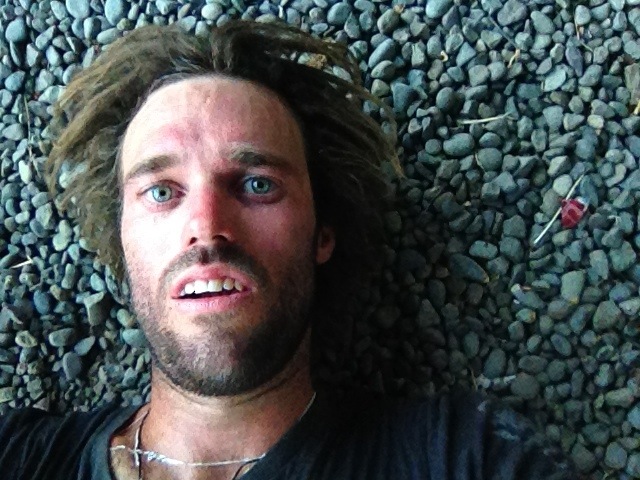 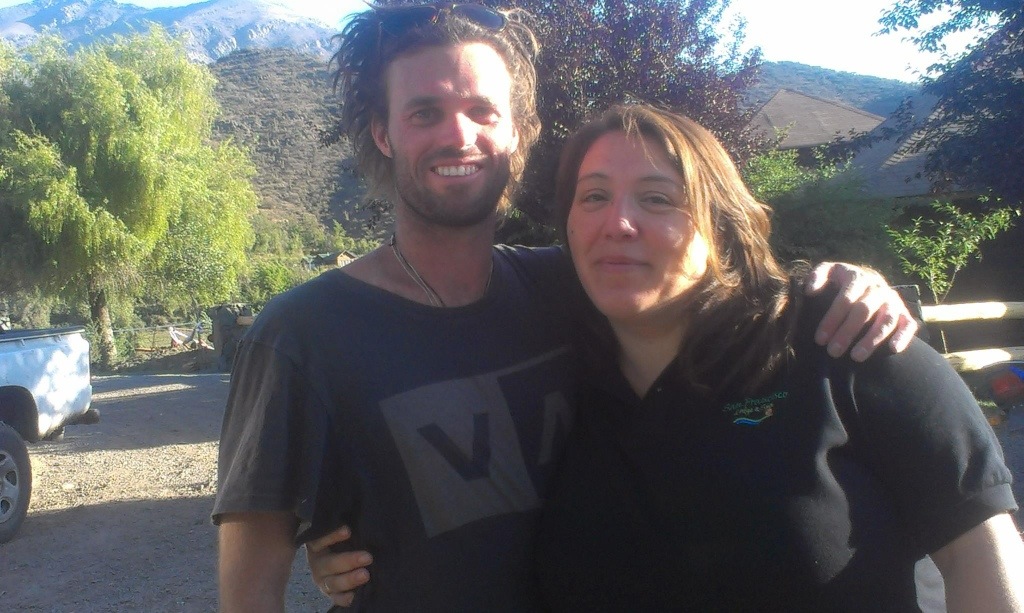 I made the trek from plaza de mulaz 4,300m up to Nido to acclimatise and leave supplies in under 3 hours. This was far too quick considering I had never been that high before and was not use to the altitude. I set up my tent and started cooking a meal to warm up. This is when I started to get a headache from ascending to quickly. Too proud and tired to head back down to base camp I decided to push through and see out the headache. As it became worse I started to realise the gravity of the task that lay ahead of me. The summit was still 1300m above me and I was already rushing and making bad decisions. I started to cry. I have never felt so alone before. Negative and evil thoughts started to fill my already swollen head as I continued to cry for hours. ‘What am I doing here? I am way out of my depth, you are an idiot, just give up! Harden up and stop crying you wuss’ these thoughts plagued me through the whole sleepless night. This was the worst night of my life and it was never ending. I would like to say some motivational extract about how I pushed through but the fact is when I finally got back down to base camp I felt beaten and defeated and retreated to my tent for the next two days. The good thing I can say is that I learnt my lesson and monitored my ascent rate and oxygen levels more closely.

Day 26: Turning back on summit bid

The weather window was meant to last 18 hours and the wind limit was right on the border line but another eight day storm was coming so I knew this would be my last chance. To give you an example about how cold it was I didn’t shake properly after going for a piss and my foreskin half froze over, which as funny as that is it was an experience I would not like to repeat. All of the snow was melted and breakfast was in the belly so it was all on. I was about an hour behind my ideal schedule but set off in the darkness at 4am in the freezing -32 degrees with 33km rising winds. If the wind gets above 40 km it is deemed too dangerous to summit and some people had already turned back around. I set off from camp freezing and nervous but I was not going to let 26 days of hard work and pain go to waste. A descending middle age German man stumbled past me with his climbing partner in really bad shape but he was with a company and was being looked after. Two more groups have also turned around and there was no one left at high camp Colera and as the sun came up I could only see one group of Japanese climbers left on the mountain. The Japanese had veered off the normal route in an effort to escape the wind which was not a good sign.

I knew that it was decision time. I had hoped and prayed I would never get to this point, but with my remaining supplies, the predicted eight day storm ahead and my mental state of mind, this would be my last chance at summiting. The fear of failure is a very dangerous thing. In all honesty I was far more scared of posting the blog saying I did not reach the summit than I was of the weather I was battling. If I had turned back on my own merits due to physical exhaustion then I would have been able to stomach the decision much easier than turning back because of a factor out of my control. I remember feeling so angry and frustrated at the situation, but knew in my heart I had to turn back. During my descent back to camp I caught up to some fellow climbers I had met on the mountain and they tried to comfort me and assure  it was the correct decision but I am ashamed to say I rudely dismissed most of these warm gestures immaturely. It was soon after this that I found out that the German man who was struggling had since passed on. He had slipped away from exposure just meters from my tent, this was the most chilling and humbling moment of my life. I then realised that the mountain will always be there but I will not. As soon as you start to make decisions with desire over logic then you will not grow old mountaineering. During my 16 days on Mt Aconcagua two people lost their lives and two were flown off in critical condition. The small graveyard at the foot of the mountain immediately puts things into perspective and I am now completely at peace with my decision. 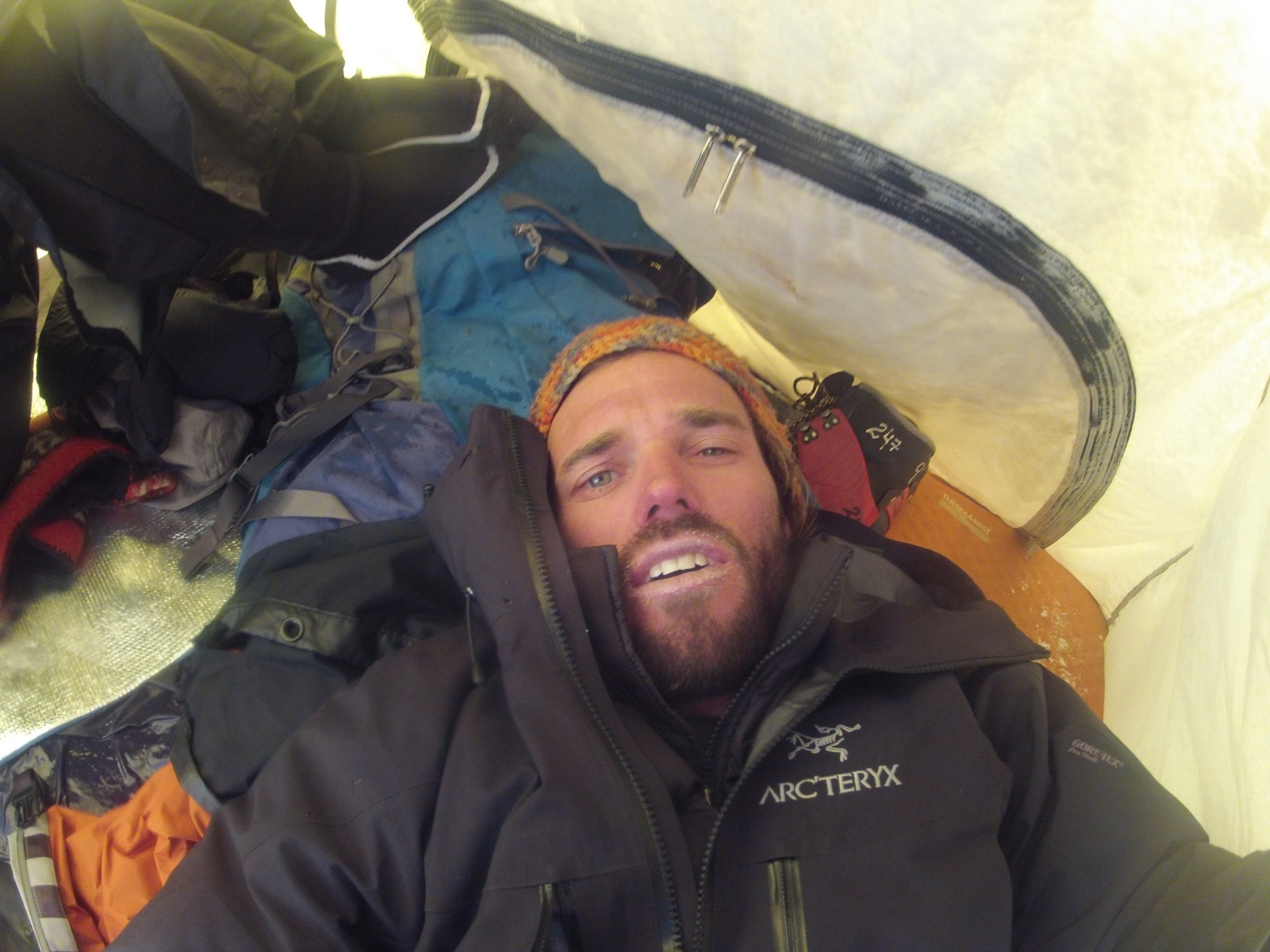 Mistakes are just stepping stones to success. Some feats require more stones than others but each one has a lesson to be learnt. “I have not failed, I have successfully found 1000 ways not to make a light bulb” Thomas A. Edison. 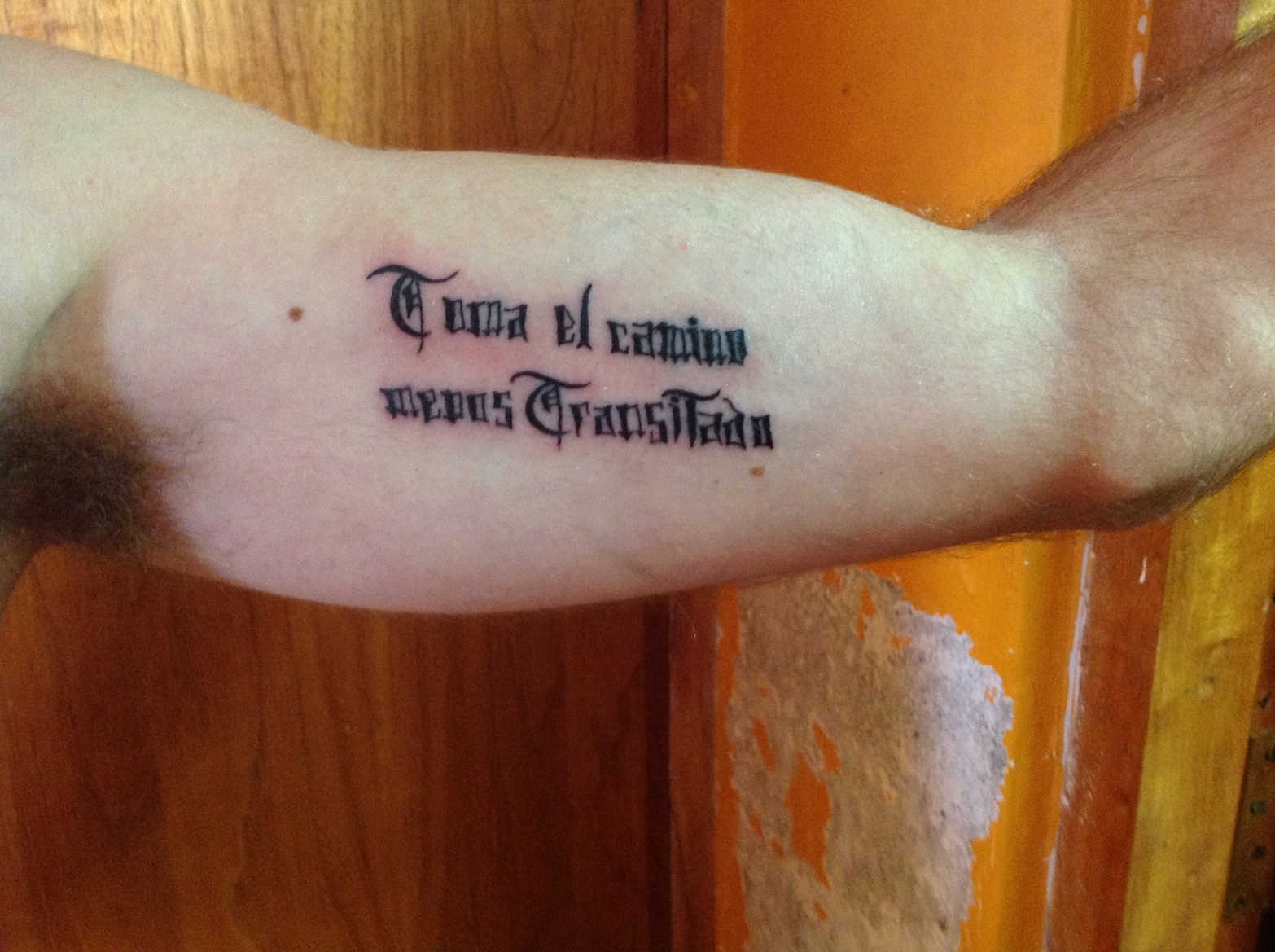 I got this tattoo in Peru after climbing this mountain to remind me of the importance of adventure and no matter what others say, you must carve your own path in life.

One thought on “Aconcagua 2013- the untold, uncensored story about failure and the struggles I faced”