How many times have you said ‘this is the best day of my life’ and really meant it. I was now completely on my own in an overgrown valley trying to bash my way towards the ridge leading up to the border, the weather was closing in with rain, thunder, lightning and a white out so I could not see where I was going. I could hear that the river was to my left and I could follow the compass NNE on my Suunto watch knowing that a stream would cross me on my right in 800m which was my route to the ridge that would lead me to the border. This was the type of challenge I have be yearning for since I started sea2summit7 as it was now more about brains than brawn. 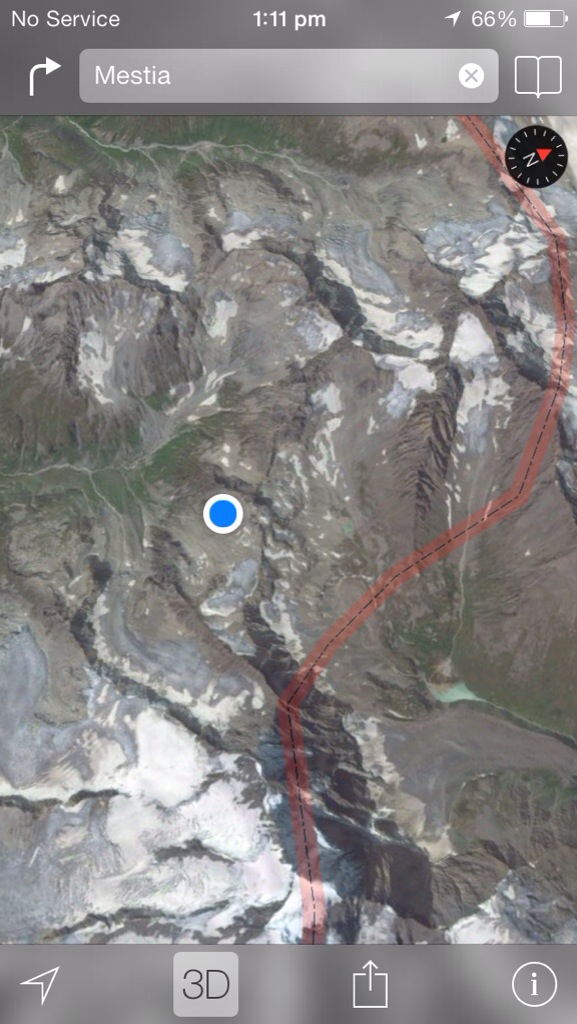 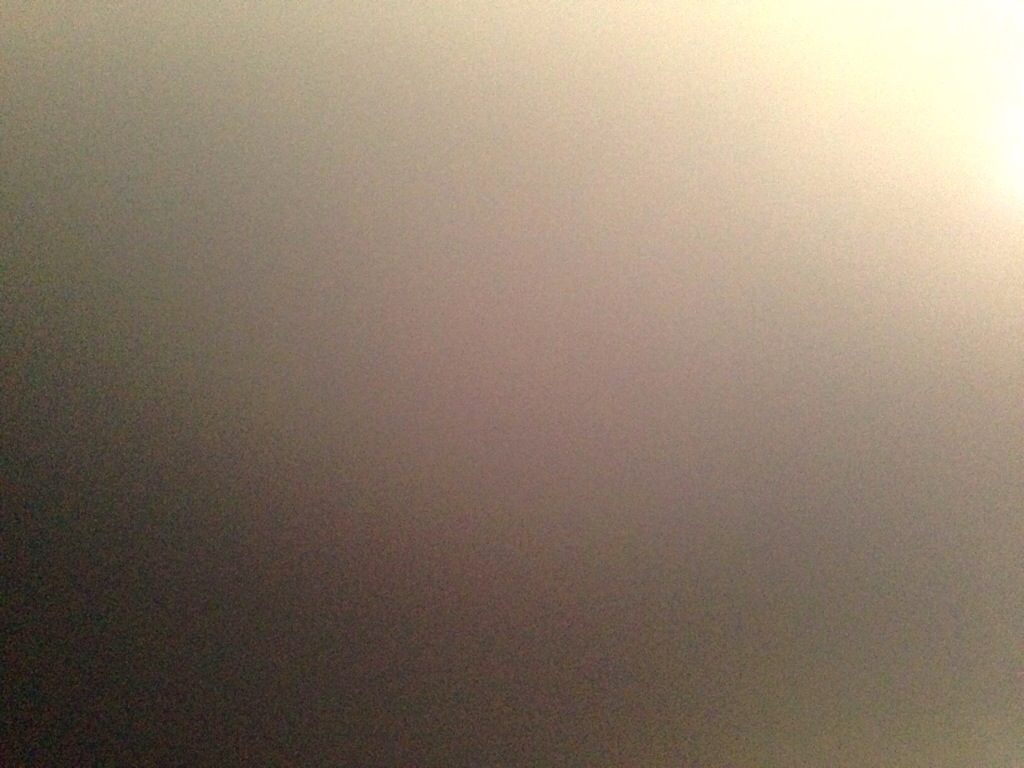 I knew altitude would not be an issue as I went up to 2200m the day before and I had packed really light for a speedy ascent. But you can only go as fast as conditions and your body allows you. My original line was to slippery so I traversed further north to some bigger rocks, this line was definitely steeper but if the white out came back it would be easy to stay on this route to at least the top of the ridge. Head down I went really hard for over an hour before stopping for a juice and pizza break as the cloud lifted to give me a momentary view down the valley I had just came from. Hands down this was the best juice and pizza I have ever had. One of my favorite things about climbing mountains is looking back at where you came from knowing that you got here using nothing but self propulsion. I checked my GPS and I was now only 1km from my goal at the border. This got me excited until I finally popped over the ridge to see the terrain standing in my way. The only way forward was to either climb over boulders or walk across the snow. Solo snow traverse in this type of situation is much faster but far more dangerous as melting snow can give way to open up crevasses and holes between rocks. 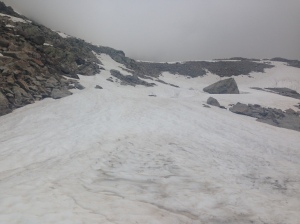 I start climbing over the boulders and they are making strange creeky sounds which puts me on edge. I decide to traverse over to the snow and on my way a wheelbarrow size rock suddenly gives way and i find myself surfing down the mountain, after about five meters I knew I had to get off this rock and decide to jump. Luckily i land on a pretty solid rock and dig my ice axe into a crack to hold myself up. This was a pretty close call as I have no partner to rope too i cannot afford any falls. I get onto the snow and use my ice axe and walking pole to stab the snow in front of me to make sure the track I am walking is safe. This is a very slow way to climb but it was my only option to guarantee getting safely to the border.

Everytime I got to the top of a rise I thought this must be it! then in the distance I would see another contour of snow to climb. This happened a few times before I finally reached the top of the ridge line and was a few meters from falling off a 20m cliff into Russian Territory. I was actually standing on the border! As an adventurer this is the most amazing moment of my life as everything I have done in the past 18 months has lead up to this moment. It is hard to explain but getting to the summit of Elbrus is the overall goal but I knew I thousands of people had already achieved that feat but with conformation from the Georgian military I was the only person to ever get to this border from the Black Sea. The fact that it here has been trials and tribulations made the air up there taste that much sweeter as I breathed in the success. This moment is not just mine but everyone who has shared this adventure with me, especially Rich and Zarina.

The physical battles I have faced have been nothing compared to the mental ones, and my mental battles are temporary but people with mental illness have to battle day in and day out to find these moments of euphoria which I was experiencing at this time. As I reflect on those who lost their battle, I also draw comfort from the fact that there are thousands of people continuing to fight to climb their summit. The great Sir Edmund Hillary once said that ‘it’s not the mountain we conquer, but ourselves’

The agreement of my permit was that I was not allowed to stay on the summit and had to head straight down so I took the above photo and marked the evidence on my GPS and started my decent. After an hour and a half that my knees are still angry with me about I was finally back to the valley and I ran to the spot I had been instructed to meet the soldier and the horse. Much to my delight they had cooked me a meal and made me a hot tea. Can you now see why this is actually the best day of my life? Someone is definitely shining down on me and I remember something the head of customs told be before I left while shaking me hand “god will be watching you through my comrades eyes” I am never one to push my beliefs on anyone but that was powerful.

I cross the river on horse back once again and start my 12km run back to where Rich started waiting with Boris 7 hours earlier. I reach the control base to a celebrity welcome once again and they all cheer and shake my hand and say something in Georgian, I think they said “well done Jason Gun”
I waste no time as I know I am getting to the maximum of my time I told Rich and he would be getting worried. Finally I round my last bend to see the van and collapse from both exhaustion and elation. I knew it was not over yet but this was definitely cause for a little celebration before heading to Russia. I hydrate with a customary shot of Vodka and slither into the van for a much welcomed rest.
Tomorrow I am resting and travelling to the border so please share this story, make a donation to male mental health if you have not done so and have a geez through the photos and videos I have posted.